Monty Powell is a Hitman. Not in the literal, dictionary sense of the word – he doesn’t off people at the request of others, but he is quite deadly in other harmless, less-criminal ways. Arm him with a pen, an idea and a guitar, and there’s a good chance something deadly magnificent will be the result. The proof is virtually everywhere these days. Whether you turn on the radio, flip on a TV, or go to a movie, the odds are pretty dang good you’ll be hearing one of his songs. That’s just what happens when the culprit has multiple number one singles under his belt and powerhouses like Keith Urban, Lady Antebellum and Rascal Flatts lining up to record them. So yes, Monty Powell is a Hitman. Or perhaps better-stated, Monty Powell is a hit, man.

The characteristic of knowing better isn’t isolated to the music industry. To sustain success at the top of any profession, you literally need to know better than the person working next to you. Know better and know more, and that’s why even with the enviable resume and all the awards that help legitimize it, Monty knows better than to simply rely on the use of a pen, an idea and a guitar to stay at the top of the songwriting ranks.

So why would anyone who’s reached the peak of any profession, especially one full of people lined up for an opportunity to steal their share of the market without thinking twice about it, be excited to teach and help create a potential competitor for themselves? The answer, according to Monty, is simple:

“Unlike most things that the world consumes, we will never stop needing music, especially good music – hit music. Those who are capable of writing it legitimately should have the opportunity to learn how to do it, and I want to help because I’ll always have a debt to repay to music. There’s no shortage of talented musicians and songwriters in America. I have an obligation to tell the ones who will listen – the ones who are serious enough to chase music as a career, that talent isn’t enough. Not even close. Achieving real, long-term success in the music industry is literally a science. Musician Labs can help put the scientific formula for success into the hands of the most dangerous, the most willing and the most capable.”

Joining Monty in the Lab is his wife – renowned Jazz artist, songwriter and producer, Anna Wilson with whom he just completed co-producing a new album with. Not just any album though – one that has particular importance within the songwriting community because it celebrates one of the best to ever do it: Billy Joel. The record is titled, “Nashville State of Mind” and features the likes of Tim McGraw, Willie Nelson, Hunter Hayes, Eli Young Band, Emmylou Harris, Lyle Lovett, Gavin DeGraw and others, all putting their own personal spins on Joel classics. The album is being released to celebrate and honor Joel’s 50th anniversary as a songwriter.

Given that the duo trusted with putting together an album of this magnitude are the same two people behind Musician Labs, students who are serious enough to attend are in for a serious treat…and some serious learning.

What They’re Saying About Musician Labs:

“There are other options out there, but Monty is teaching from a level that no one else is. He has enough hits with Keith Urban alone to make a stellar career for most writers. You add in Grammy and Golden Globe nods, a SESAC Songwriter Of The Year award and a CMA Triple Play (three #1 songs in one year !), and you have a proven master of his craft.   In the guitar world, it would be like taking lessons from Hendrix.  I have seen Monty write, teach, produce, and perform live. If you want the real mountain top experience from a master teacher who can actually do what he teaches, this is it.” 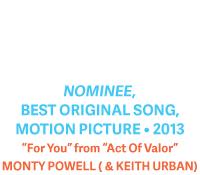 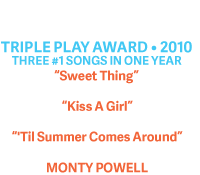 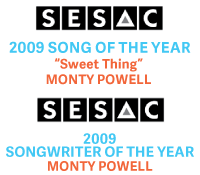 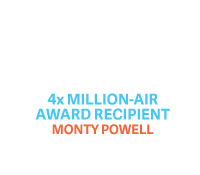